Tagged with Soil
Spread the love 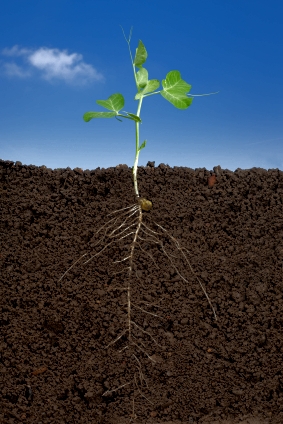 There are many worlds within the earth below your garden: it is the stage of many complex chemical processes and interactions between processes. Soil is a mixture of tiny mineral particles of many kinds, organic matter in various states of decomposition, and water. Living things like fungi, bacteria, earthworms and insects live their lives there, contributing to soil aeration, its organic matter content, and sometimes playing a vital role in chemical cycles like the carbon, nitrogen, calcium, and phosphorous cycles. Rain falls, replacing the water in the soil, and sometimes carrying nutrients deeper underground. Most people go about their lives never giving a second thought to the wonderful intricacies of the world beneath their feet.

Gardeners are lucky: through our increased interactions with the soil, and our attempts to get a healthy, beautiful display of plant life, we encounter this gateway to deeper levels of inquiry and understanding. As the passion for gardening develops and more challenging goals arise, the desire to geek out on the juicy details comes with it!

Everyone knows that plants need sunlight and water, and most gardeners know that getting healthy plant growth requires the specific amounts of these that the plant has evolved to require. Experienced gardeners, however, know that truly fabulous garden displays require a fuller understanding of soil ecology. A great place to start is by learning about soil pH, and how to work with it for healthier plant growth. What follows is a high-level explanation of how soil pH works, to serve as a springboard for further research, as this particular rabbit hole goes very deep indeed.

Soil pH is important primarily because it affects how efficiently a plant can absorb the nutrients it needs from the soil around it. The soil could be full of mineral goodness, but if the soil is too acidic or alkaline for the plant, the plant won’t be able to absorb enough of what it needs through its roots. In extreme cases, nutritional deficiency and death of the plant can follow.

People understand that they need vitamins and nutrients to stay healthy. Plants work in a similar way –they need specific nutrients to use as building blocks and to help them with their chemical processes. Unlike with people however, the ability to acquire nutrients can change with the soil surrounding the plant – that’s where the pH comes in.

Plants need 17 principal macronutrients and micronutrients, but hundreds can be found within plant tissue (see the Resources section below for sources of more information on this). These are the nutrients that plants need from the soil the most: 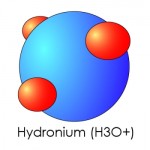 PH is a measure of the acidity of a substance. The specific items being measured are hydronium ions (hydrogen atoms with a positive charge, bound to a water molecule) – specifically, the proportion of positively charged hydronium ions to negatively charged hydroxide ions. As you increase the concentration of hydronium ions, the substance becomes more acidic. “PH“ stands for the power of hydrogen. The opposite of acidity is alkalinity – as a substance gains hydroxide ions, it becomes more alkaline. 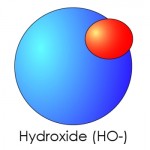 The pH scale ranges from 0 to 14 with low numbers (0 to 6.5) being acidic, high numbers (7.4 to 14) alkaline, and the neutral zone ranging from 6.6 to 7.3. The pH scale is logarithmic – this means that something with a pH of 6 is ten times more acidic than something with a pH of 7. Why are the low numbers acidic when we’re measuring how many hydronium ions there are? It’s a result of the equation used in calculating pH.

Distilled water is an example of a neutral substance, vinegar is acidic, and bleach is alkaline. At the positive and negative extremes of the scale, you find substances that can be corrosive or otherwise dangerous.

Most plants tend to be happier in the middle of the scale, around neutral. But many plants prefer soils that are either slightly alkaline or slightly acidic. The good news is that it isn’t hard to learn the pH of your soil and amend it so that your plants can get what they need.

How Plants Absorb Nutrients from the Soil

Cation and Anion Exchange in Cells of Root Hairs

Plants absorb nutrients from the soil through their roots using processes called cation and anion exchange. A cation is a positively charged ion (as opposed to an anion, which is negatively charged).

All very small particles carry either a positive or negative charge. Soil particles have a negative charge, which is what attracts and holds the cations in the solution, until they are “grabbed” by the plant root. The fine hairs of the roots are negatively charged, and attract the cations (opposites charges attract and like charges repel each other). The plant releases a Hydrogen ion (H+) to maintain the overall balance. In cation exchange, plant roots are trying to take in cations like potassium (K+), magnesium (Mg++), calcium (Ca++), and ammonium (NH4+) in exchange for the Hydrogen (H+).

In anion exchange, the plant absorbs molecules like phosphate (HPO4-) and ammonium (NO3-) and return things like bicarbonates (HCO3-) and hydroxyls (OH-). Other key anions include phosphates (PO4), sulfates (SO4-) and chlorides (Cl-).

Because anions are negatively charged, they tend not to get fixed to soil particles, and therefore are more easily washed out of the soil.

There are other ways that plants absorb other elements. For example, plants obtain carbon (in the form of carbon dioxide) through the stomata in their leaves during respiration. The plan then builds the carbon into sugars and starches during photosynthesis.

As time passes, if the complex interplay of soil processes does not remain in balance, excessive cation exchange will acidify soils, and anion exchange will make soil more alkaline. In cation exchange, it is the H+ ion accumulation that gradually acidifies soils. An example of this is in the absorption of ammonium and the return of bicarbonates. As pH changes, the chemical reactions that can take place also change. This will affect how available the different nutrients are to plants. 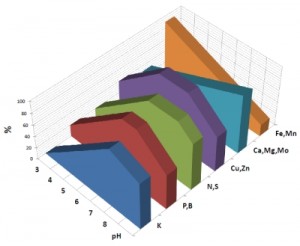 In acidic soils, the abundance of H+ ions displace other cations adhering to soil particles, making the nutrients unavailable for absorption by plant roots. Acidic soils also slow or stop the actions of bacteria which change nitrogen into usable forms, and can also make other elements less (and sometimes more in some cases) available to plants. The elements plants need are still in the soil (at least until they get washed away by the rain), but when pH changes they may not be usable by plants.

In acidic soils, for example, phosphous can become bonded to other elements like aluminum and iron. In alkaline soils, phosphorous can become inaccessibly bonded to calcium.

The chart above will give you a quick look at what elements become available in proportion the soil pH. It’s important to remember that not all nutrients are affected in the same way.

Learning the pH of Your Soil

Your local garden centre should have soil pH test kits, which generally take the form of small test tubes and a supply of chemicals, or a meter. The idea is that you take a soil sample, mix it with distilled water (because it is neutral, whereas tap water potentially is not), and bring it into contact with the chemicals or the meter. You may want to confirm the efficacy of your kit, however, as I’ve seen a couple of sources complaining that some kits do not give correct results. Meters are more reusable and generally recommended for anyone who will be doing a lot of gardening over time.

The important thing to remember is that the pH level can vary widely, even in small areas. The amount of water received and retained in the area, the kinds of plants living there, and how long the same species have been in the same spot will affect the pH. For example, most conifers will acidify the soil around them over time by dropping needles. To counteract this potential for variation, do several tests that will tell you what is happening all over the garden. Some people like to mix soil samples from all over their properties and do one test, but I don’t think that will give you a real picture of what is going on in different spots.

The ideal strategy is to learn the pH of your soil, and then plan your garden so that you are using plants that like those conditions. This way, you won’t be constantly fighting the natural state of the soil. When this isn’t possible, you can mix in additives, ensuring that everything is well mixed in. When plants are already established, you will need to add treatments to the surface of the soil and wait for the rain and earthworms to distribute them.

If your soil sample tests just slightly out of range of what you’re trying to achieve, try using compost. Compost is generally known to be a great overall neutralizer of soils. You need to be careful with compost, however, and make sure it is made of a variety of sources. For example, coffee grounds and tea leaves can be acidic (depending on how long they have been rotting), so if your compost contains a lot of this, with nothing to balance it out, it can have an undesired effect. You may want to test your compost and see what level it’s at.

To further acidify the soil, you could try mixing in peat moss, or even aluminum sulphate.

To alkalize the soil, try wood ash (as long as the wood burnt wasn’t treated with chemicals or paint). It is also common practice to add agricultural lime.