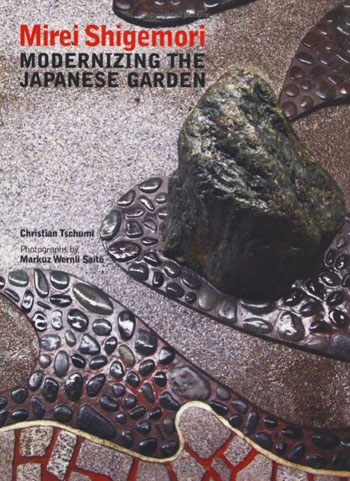 As part of my ongoing quest to understand beauty, I sometimes wander into the realms of the Japanese garden. Like many people, I find myself spellbound by images of these highly curated spaces. The precision and detail in the design and cultivation – the staggering effort that is involved in the creation and maintenance of the gardens – combined with echoes of wild nature are intriguing to me.

In “Mirei Shigemori: Modernizing the Japanese Garden”, author Christian Tschumi introduces us to a pivotal figure in the history of Japanese garden design. Mirei Shigemori was the artist who showed the world that modern approaches could be seamlessly integrated into this most traditional of art forms. Highly readable, this book is recommended not just for gardeners interested in art, but for any artist.

Unlike most of the introductions to Japanese gardening that I have read, the book is a journey into the work of a singular artist. The book contains an overview of Shigemori’s career, but primarily focuses on ten of his most important gardens. There are phenomenal photographs that reveal significant details or alternate perspectives, but also plan view illustrations to help you get the overall design quickly and clearly. There is also excellent analysis of the symbolism and meaning of each garden. Thoughtfully, Tschumi also includes notes the best time of year to visit public spaces in case you’re lucky enough to get the chance.

The Shocking Garden of Mirei Shigemori

I know enough about Japanese gardens to know that Westerners consistently misunderstand the ideas behind them when attempting to create their own versions. All too easily these sincere efforts end up as cartoons.

But Westerners aren’t the only ones susceptible to that trap. In the early 1930s a Kyoto artist, scholar, and garden designer named Mirei Shigemori felt that the art form had languished into endless repetition. He had been taking on more and more residential garden design clients, and in 1934 he was commissioned to design the garden at a famous shrine in Nara called Kasuga Taisha. It was to become the beginning of his public space landscape architecture career.

Then, in 1939, he created the garden at Tofuku-ji, and used traditional ideas in a very new way. The karikomi (pruned shrubs), stepping stones, and moss were there, but it all looked very different. Highly controversial at the time, the garden has since become an icon of Japanese garden design. 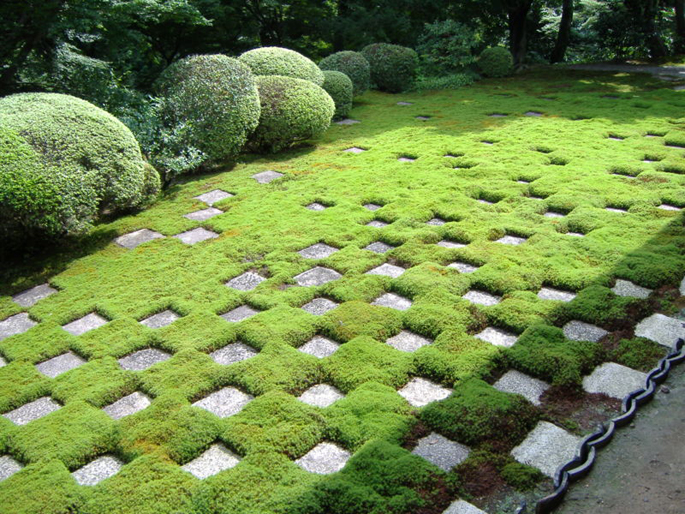 As author Tschumi writes, “Mirei Shigemori felt that innovation had come to a halt around the middle of the Edo period and that gardeners since then were just repeating what had been done before.” Mirei Shigemori himself said, “Historically speaking, Japan’s past was very good, but the present largely comes up empty…so I switched to being a maker of things. Whether I was any good or not will be judged by the future…”

After having spent almost five years researching and writing about garden history, he was in a unique position to make that assessment. Like many artists in his generation, he in the process of adapting to modern technology and modernist ideas. At the same time, he was passionate about culture and especially art, having graduated from Tokyo Fine Arts School and having attempted to establish a School of Culture.

Shigemori didn’t want people to stop designing gardens or to stop using any reference to traditional ideas. He wanted to use gardening like any other art form: to help people of the modern era make a connection to nature. He did not throw away the idea of creating a landscape in miniature – it’s just that the nature of landscapes had changed, and so too must the garden.

A Painter in Karesansui

Despite the controversy, Shigemori received even more work in Karesansui garden design. Karesansui is the term for dry landscape gardens – what westerners typically refer to as Zen Gardens, even though they sometimes have nothing to do with Buddhism. He designed 240 gardens before his death in 1971, and wrote several books on this subject and others.

Shigemori brought many new things to the Japanese garden. For example, he used new materials like concrete (including coloured concrete) as part of his compositions. As Tschumi points out, “His major adaptations to the genre can be seen in two categories: geometric elements and colour. To the points of stone and planes of gravel, Shigemori added the line as an independent element.”

He was the first Japanese garden artist to seek the renewal of a valid and meaningful form. I often wonder if Westerners had learned about Japanese gardening starting with his work, we’d be less prone to making caricatures when we attempt to add Japanese design principles to our gardens.

A Book For Any Gardener or Lover of Design

A few years ago I read “Secret Teachings in the Art of Japanese Gardens” by David A. Slawson, and since then I have wanted to visit Japan and tour some of the famous gardens. Reading this book is the next best thing. Christian Tschumi not only examines the design of the gardens, but he gives you a palpable sense of really being on the site – as much as any book could give.

This book is not very long and definitely leaves you wanting more! Tschumi’s writing is lively and accessible, yet compellingly conveys the impact of Shigemori’s accomplishments. There are numerous quotes from the artist himself that help the reader get a sense of where Shigemori was coming from. For me, he epitomizes one of my favourite quotes:

“Do not follow in the footsteps of the wise; instead, seek what they sought.”
― Matsuo Bashō

In short, this book is highly recommended.